FNB Corporation to acquire Yadkin Financial in $1.4B deal 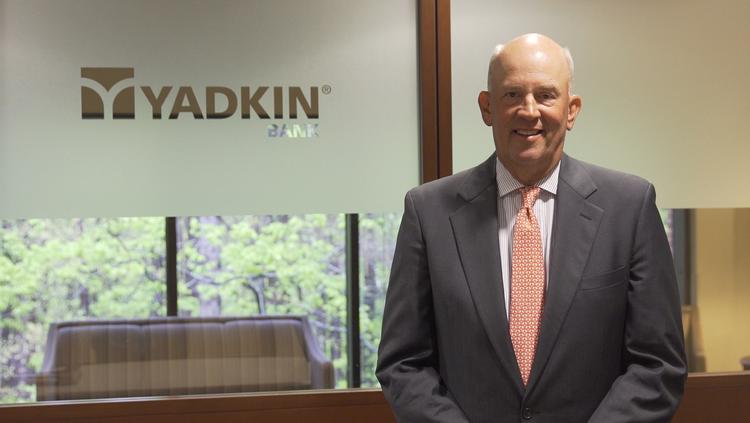 Yadkin Financial, the Raleigh-based parent of Yadkin Bank (NYSE: YDKN) and the company that recently acquired Greensboro-based NewBridge Bank, is being acquired itself by Pittsburgh-based F.N.B. Corporation (NYSE: FNB) in a deal worth about $1.4 billion.

Yadkin CEO Scott Custer, minutes after the official announcement, said the deal was the result of “back and forth discussions” between the two entities.

Read: What a Yadkin sale would mean for execs, investors

“As we think about going forward in a very complex world with higher levels of regulatory scrutiny and regularity thresholds that come into play, FNB is a company that’s already there,” he says. “They’ll give our customers more services and give our people good opportunities.

Custer, who travels to Pittsburgh on Thursday, says the Yadkin brand will be absorbed into FNB following the deal.

The deal, which values Yadkin shares at about $27.35 (stock closed at $25.95 Wednesday), will provide FNB with about $7.5 billion in assets, $5.3 billion in total deposits, $5.4 billion in total loans and 10 banking offices located in North and South Carolina.

When the deal closes, FNB will have:

Yadkin shareholders will own about 35 percent of FNB following the deal, which still needs to be approved by shareholders and federal regulators.

The deal is expected to close in the first quarter of 2017.

Yadkin shares were up nearly 6 percent in pre-market Thursday, selling for $27.50.

In May, when rumors of a pending buy started to swell, Custer said “it’s never good to believe all you read.”