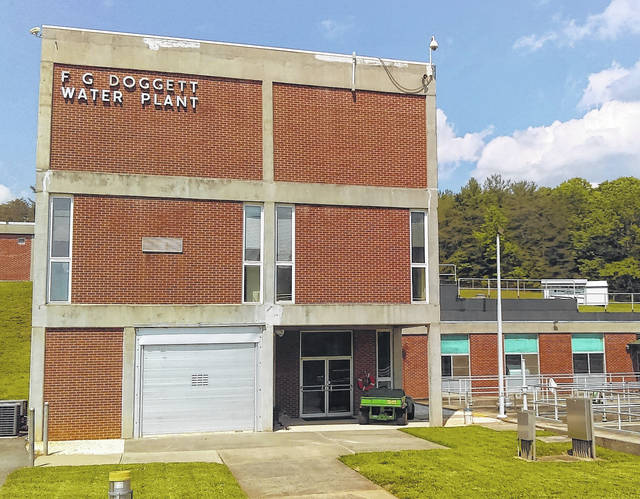 The availability of good drinking water is an issue around the globe — but not in Mount Airy, where the municipality’s two water-treatment plants continue to soak up honors for producing quality supplies.

Both F.G. Doggett Water Plant and S.L. Spencer Water Plant have been tapped for the North Carolina Area Wide Optimization Award, given annually by the state Division of Water Resources in Raleigh.

In all, the division’s Public Water Supply Section is honoring 64 water-treatment plants statewide for surpassing federal and state drinking water standards in 2020. This is part of an ongoing effort by North Carolina officials to enhance the performance of existing surface water-treatment facilities.

Last year’s award-winning result for the two city plants was no fluke.

This is not happening by accident, according to Mount Airy Public Works Director Mitch Williams. He says two main factors are responsible — the skills/training of water plant personnel and the raw commodity with which they start.

“Mount Airy is blessed with being the first user of our water,” Williams said of the flow coming into town from above.

“There are no municipalities between us and the mountains,” the public works director explained. “We have good ingredients for producing great water.”

Williams also praised the staff under the direction of Water Treatment Supervisor Andy Utt, which closely monitors the local supply for conditions such as turbidity.

The annual state awards are given to water systems that demonstrate outstanding turbidity removal, a key test of drinking water quality.

Turbidity is a measure of the cloudiness or haziness of water caused by individual particles that can interfere with disinfection and provide a medium for microbial growth. Microbes are microscopic particles that occur naturally but can include harmful bacteria and viruses.

While all drinking water systems must meet strict state and federal standards, the award-winning facilities adhered to performance goals that are significantly more stringent than those standards.

Williams said the dedication of plant personnel in this regard, coupled with the uncompromising natural resource at the city’s doorstep, leads to “an excellent product.”

“The main thing that I would stress is that all of the certified water plant operators at the city are very conscientious and thorough in their job duties,” according to Utt, the water treatment supervisor.

He also commented on Mount Airy’s receiving of the Area Wide Optimization Award:

“The AWOP can be hard for a water plant to obtain,” Utt observed. “But this effort put out by our operators, to provide the highest quality of water for the city, usually makes it easy for us to qualify for the award.”

Dobson and Elkin also are among the award winners for 2020.

Meanwhile, 13 facilities in North Carolina were recognized with the “Gold Star” honor, which goes to systems that have received the Area Wide Optimization Award for 10 straight years.