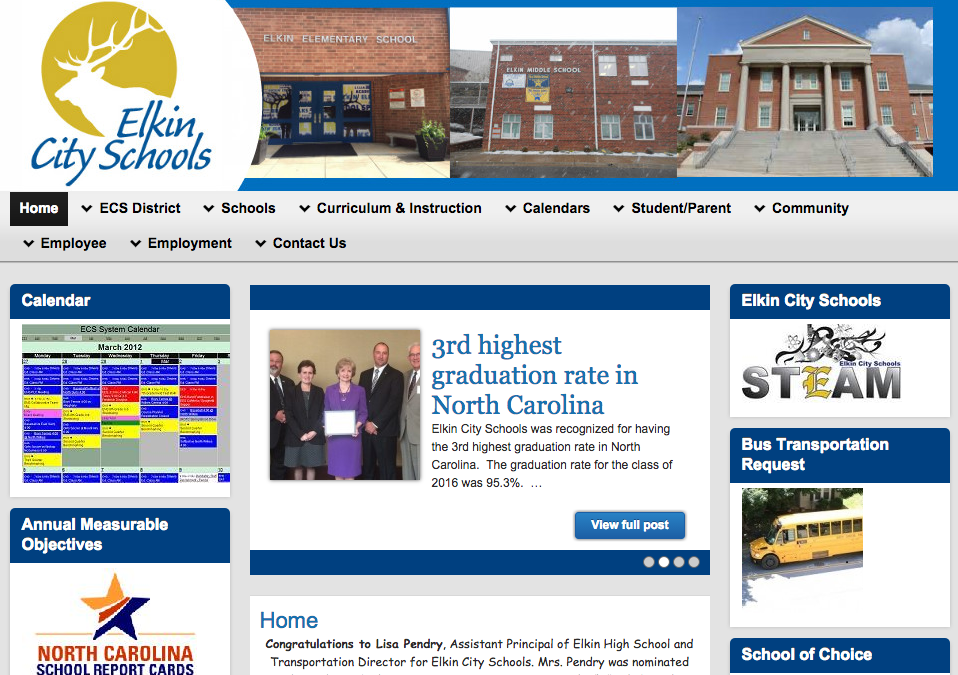 Recent state results on the achievements of students in the Career and Technical Education courses show Elkin City Schools in the top five school systems in five of the eight indicators measured.

At Monday’s school board meeting, Barbara Long, CTE coordinator for the local school system, presented the results of the state’s indicators, bragging on the achievements of both the students and the instructors.

The first indicator, in which Elkin placed second out of the state’s 115 school systems, measured how the 52 CTE concentrating students from 2016 did when they took their ninth-grade English test. Elkin came in at 72 percent, above the state average and just below Chapel Hill-Carrboro’s 76.5 percent. No other local school system was in the top 10 in that indicator, Long noted.

Elkin was fourth in the state on the math indicator, which measured concentrators’ success on the ninth-grade math test. The year used for the results was the first year Common Core was part of the curriculum and none of the 115 systems met the state goal of 78.6 percent. Elkin was at the 58.9 percentile, below Polk, Chapel Hill-Carrboro and Carteret systems.

In the third indicator, Elkin ranked second again, with 94 percent, above Mount Airy, who ranked fourth. This indicator measured the technical attainment of all Career and Technical Education students in ninth through 12th grade in 2016, explained Long.

Indicator seven, which measured the participation of students in nontraditional CTE courses, for instance a female taking traditionally male courses such as agriculture and technology, and a male taking courses such as cooking, was another in which Elkin ranked high, at fourth in the state with 37.7 percent participation. No other local system was in the top 10 in that indicator.

The fifth indicator in which Elkin ranked in the top five was indicator eight, which measured nontraditional completion of level two courses, Long said. Elkin was ranked fifth in the state with 39.9 percent completion. No other local system was in the top 10.

The other indicators included how many of the 52 concentrators graduated, and Long explained in a small school system, just one or two students can make a big difference in the percentage, with Elkin at 96.1 percent. Indicator five also involved graduation, measuring the students graduation rate within four years, with Elkin at 98 percent.

The last indicator, indicator six, showed results of how many CTE concentrators who had graduated in 2014-15 went on into the workforce, military or higher education. Elkin ranked at 92.1 percent in secondary placement, while the state goal was 93.7 percent.

“Why I think we did so well is because of the 11 professionals we have,” said Long, as she introduced each of the system’s CTE instructors and presented them with a bag of treats, including a North Carolina Education Lottery ticket.