How Do You Reinvent a Rural Economy? $100 at a Time 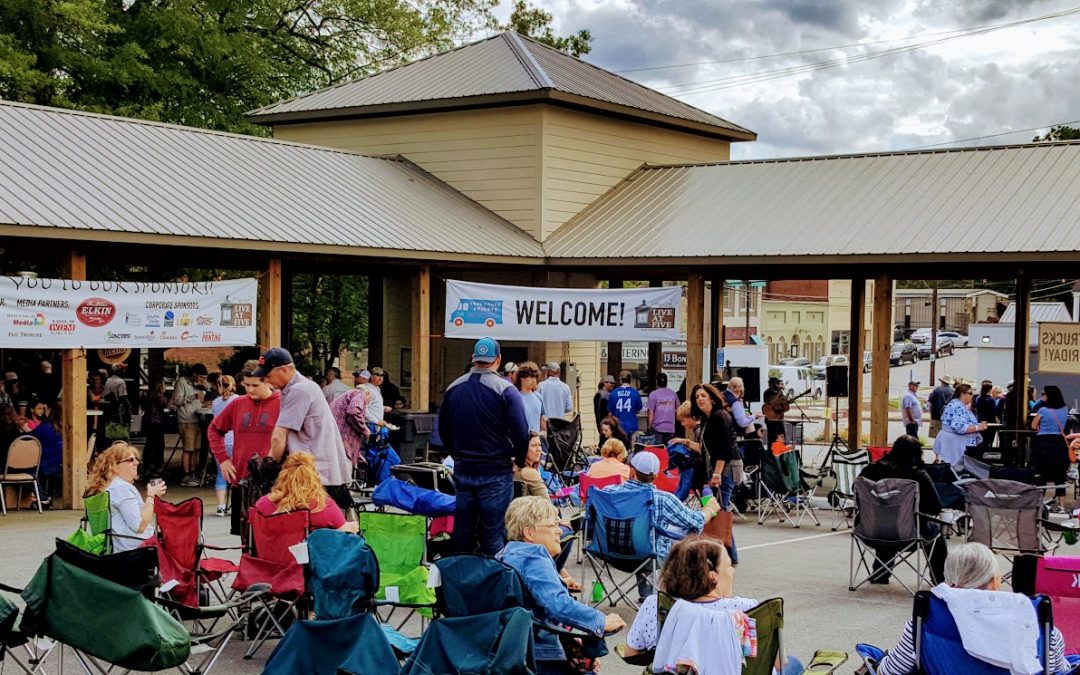 “Explore Elkin” takes small individual investments and parlays them into bigger returns for the old mill town of Elkin, North Carolina. Instead of a pop and a fizzle, the program has created a slow burn of special events, marketing, and accurate self-promotion.

The invitations, hundreds of them, had been sent. Ads were running on the radio and in the Elkin Tribune. And still 57-year-old Jeff Eidson wasn’t sure if anyone would come to the March 2017 launch of Explore Elkin. At first the guests didn’t seem sure either, even as they walked through the door of the Liberty event venue in downtown Elkin.

“We had people show up and say, ‘I only came because I didn’t think anyone else would come, and I know you’ve been working hard on this,’” Eidson remembers with a chuckle. “When 300 people showed up that night, it made it easy to be enthusiastic.”

At the time, a salvage company was bulldozing the shuttered Chatham textile mill, once the town’s biggest employer. Elkin’s downtown had 17 empty storefronts. The population stuck fast around 4,000, as big cities like Charlotte and Winston-Salem siphoned off residents. Asked by the mayor to head up a committee about reviving Elkin’s downtown, Eidson gave it six months. He’d seen this sort of effort before, a fireworks pop of interest that inevitably fizzled into nothingness.

And yet the size of the crowd at the Explore Elkin event grew and grew till it was standing room only. There was an energy that brought out the evangelist in Eidson. At one point, he gripped the mic and shared a poker metaphor. “We have to throw our chips in,” he said. “We have to get involved and get engaged to develop a shared vision, and then take the steps necessary to realize that vision.” He pointed at the red poker chip stickers they’d given out at the registration table, stuck to shirts around the room. “Now ask yourself,” he said. “Are you all in?” 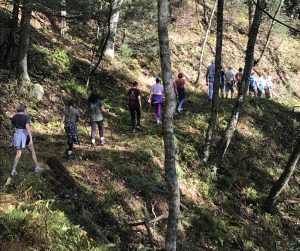 For Explore Elkin, being “all in” came with a specific ask: Join Elkin Explorers, a group that would act a bit like a grass-roots economic development co-op. Instead of the typical strategy of soliciting local businesses for donations (although they do that too), Explore Elkin urges residents to put their money where their mouth is by joining a group that sponsors and creates events to draw visitors and potential residents to town. For $100 per couple, you could become an Explorer, or for $200, an Elkin Explorer Leader. Local doctor Skip Whitman jumped up and offered to match any donations made that evening, up to $10,000. “We raised $28,000 that night,” Eidson says.

What went right? Partly messaging, Eidson believes. Instead of focusing on failures, he ticked off successes and assets that belied any “struggling former mill town” cliché. Like the school system, ranked in the top five in the state. The Yadkin River that ran through town. The trails that hundreds of volunteers had been carving out of the mountains, including one that connected Elkin to Stone Mountain State Park, the most popular in North Carolina. The location in the fertile Yadkin Valley wine region, the South’s answer to Sonoma. “I think people were starving for an optimistic message and something they could believe in.” By reminding people how much there was to love, Eidson created a feeling that Elkin was on the cusp of something better.

He’s also used the $55,000 the group has raised in the past two years to create the “something better” themselves. Explore Elkin retained a marketing firm to create a weekly events email, because, says Eidson, “I got tired of learning on Tuesday morning about something that happened on Friday night that I wish I’d gone to.” They’ve given seed money to events. For the Reeves Theater, a historic theater remodeled into a farm-to-table café and live music venue downtown, Explore Elkin has subsidized some performances and advertised others in state magazines. 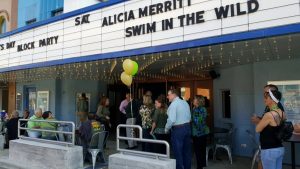 The group also organizes its own slate of activities meant to enliven downtown, including monthly Food Truck Fridays, a Music at the Market event, and a biannual comedy show. “They do a lot of things that bring people downtown and indirectly help downtown businesses and help us,” says Debbie Carson, co-owner of the Reeves. Nor is their focus downtown only. For the upcoming North Carolina Trail Days, an outdoor-centric event to be held the weekend of May 31, Explore Elkin hired a coordinator.

In Eidson’s mind, the purpose of Elkin Explorers is primarily “to train our people to be ambassadors.” Eidson himself demonstrates, talking up strangers at the gas pumps on I-77 near Elkin. “Where are you from?” he asks. “What brought you here?” If they’re staying, he rattles off three or four things he thinks are special downtown, “whether it’s Harry’s Place for crab legs or the Reeves for music. Hopefully they’ll think about staying and come back. If we can get 500 or 1,000 people doing that, we’ll have something.”

To that end, Explorers periodically creates events for members only, including an appreciation dinner, a trail walk, and a family float on the Yadkin River. According to Leslie Schlender, the town’s economic development and planning director (and an Explorer), the morale-building effect is potent. Going on a fully serviced river trip “gets everyone excited: ‘Wow, we live in this great place! We have a river right in our backyard, and this fun community with people who are willing to get out and enjoy it.’ As much as the money is used for events, there’s this community side of being an Explorer because people see how great it is to live here.”

Since the launch of Explore Elkin in spring 2017, the number of vacant properties downtown has dropped from 17 to 8. Anecdotally, “around town people are far more positive than they were before,” says Natalie Eidson, Explore Elkin’s 27-year-old “chaos coordinator” (and Jeff’s daughter-in-law). “I think people are interested in opening businesses and storefronts. You’re seeing new businesses come in and renovations happen. They just seem more excited than they were before Explore Elkin.”

The mill won’t be coming back to Elkin. And if they want to capture the location-independent rat race escapees, Eidson knows they need more market-rate housing. But his small-town, “I’m all in” approach seems to be making a difference in Elkin. “I think about that phrase a lot when I’m asked to do things in this community,” says resident Crystal Morphis, an economic developer who runs her consulting business from a historic building in Elkin’s downtown. “Sometimes I’m asked to volunteer for a committee or help with an event, and I ask myself, “Am I all in? Am I really all in? Yeah, I’m all in.”