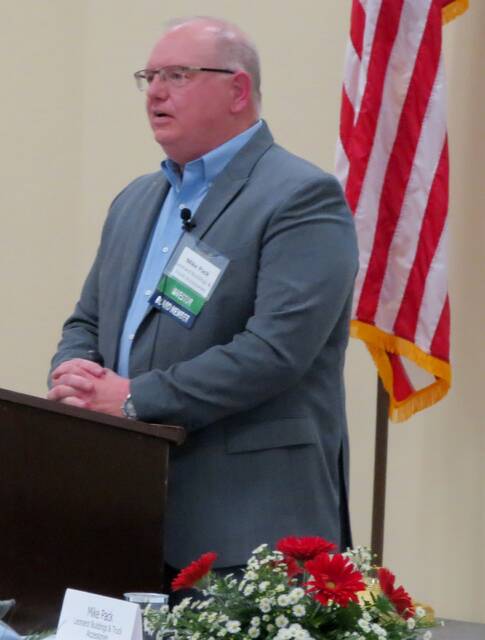 All the bad economic news caused in these parts over the years by NAFTA, COVID and possibly other woes with acronyms can obscure the fact there are success stories to be told.

Such an account unfolded Friday during the 26th-annual meeting of the Surry County Economic Development Partnership revolving around one local company, Leonard Buildings and Truck Accessories.

“You drive by Leonard’s almost every day,” Partnership President Todd Tucker told about 120 business, local government and other representatives gathered at the Surry County Service Center, in reference to the Mount Airy-based enterprise.

“Do you really know what they do?” Tucker added.

That question was answered fully by Leonard’s chief executive officer, Mike Pack, Friday’s keynote speaker. The annual meetings typically include such individuals talking about how their companies are thriving among the chaos while positioning themselves for growth — along with insights on how all this is being accomplished.

Since being founded in 1963, Leonard Buildings and Truck Accessories has become a major manufacturer of storage sheds, trailers and, of course, truck accessories as its name states — including being the largest dealer of truck covers in the U.S.

“Pretty cool, huh?” Pack remarked. “I’m biased, but I think we have a pretty cool story.”

Even those knowing nothing about the company might be familiar with the Leonard label seen often on trailers or truck covers heading down highways near and far, all made in Mount Airy, with 41 percent of its business composed of truck accessories.

The late Tyson Leonard launched the operation in the 1960s and he and wife Sandra sold it in 2015, when the company had 400 employees — including 150 locally — and 56 retail locations.

It is now owned by a private equity firm.

Pack joined Leonard Buildings and Truck Accessories in 2017, coming from Denver, Colorado, after logging 22 years with the Advance Auto Parts retail chain, serving as a division president before assuming his new role locally.

At first, he had an idea that the company should be relocated to Charlotte or another large city, but then two things happened.

“I fell in love with living in Surry County,” the transplanted Colorado resident said of one.

The other was a realization of what Pack called an “amazing” amount of talent the Surry company has been able to attract, including many folks with MBAs (master’s degrees in business administration).

Leonard’s closest competitor in the U.S. has only 17 locations. “So we think we’re kind of on an island,” Pack said.

Such factors have convinced the Leonard leadership that it can and should expand further south and to the west.

“We believe we can build a national organization from right here in Surry County,” Pack said of the operation that already enjoys a lead position in the Southeast.

This includes building more store locations and acquiring existing enterprises toward a goal of 150 locations under its long-term plan while becoming an industry unto itself, Pack indicated.

One factor that has bolstered its storage shed segment has been a result of the unfortunate pandemic with more people stuck at home and wanting to engage in do-it-yourself projects.

“It really plays right into the storage business,” Pack said of the need for more space this has created.

All about the basics

No wizardry is responsible for the growth of Leonard Buildings and Truck Accessories, Pack detailed.

It starts mainly with good people and a business philosophy reflecting a down-home flavor built around customer service and quality products.

At the same time, company employees have the leeway to shape its operation by being encouraged to offer what the CEO called “creative solutions.”

Other keys include the modernization of production equipment and a nimble supply chain.

“We have a great model,” summed up Pack.

He thinks the future is bright, not only for Leonard but other companies that are properly aligned.

“We think there’s going to be a post-COVID economic resurgence,” Pack explained, offering challenges with technology, personnel and other ingredients but also opportunities for great success. “We think the companies with the best culture are going to win that battle.” 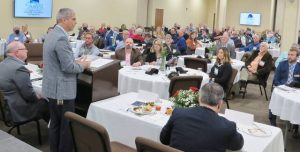 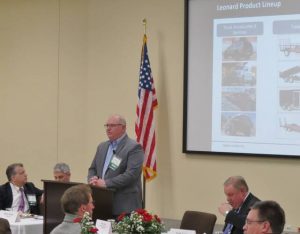