“This award symbolizes the great work our teachers and principals are doing in the schools,” said Reeves, after he got word he had been named the state’s Region Five superintendent of the year by the Piedmont Triad Education Consortium.

Reeves said the region stretches from Surry County to Chatham County, encompassing 16 school districts. It’s a geographically large area with some densely populated areas such as Greensboro and Winston-Salem.

There are only eight regions in the state, according to a press release regarding the award.

“I’m really honored and humbled by this,” said Reeves, before crediting those around him with setting him up for success in his career, starting with those closest to him.

He said if not for the support of a loving wife and two daughters, such an accomplishment would not be possible.

A significant level of support is also offered by others on a more professional front.

“I am very blessed to work for the best board of education in the state. They are progressive in their words and their actions,” said Reeves. “They always put our students first.”

Reeves began his career in education more than two decades ago, and he’s made quite a few stops on his journey. The first-generation college graduate from Alleghany County served as superintendent for Ashe County Schools prior to taking over the Surry district in 2013.

Prior to his time spent as a superintendent, he also was a teacher, coach, assistant principal and principal for the Mount Airy City Schools.

“I’m proud of a lot of things,” said Reeves when asked to identify some accomplishments since taking the helm of the county schools.

“We have focused on research-based teaching and learning strategies which are proven to work,” said Reeves, noting school officials are always monitoring the results of the district’s curriculum framework.

The superintendent said the district has been innovative in its approach to providing paths to the future for its students. One thing is always certain, he believed. The “academic needle” is always moving in the right direction in the Surry County Schools, and that happens with a budget which is far from bloated.

Reeves noted the district’s success can be seen in other data as well. The district’s graduation rate and the number of graduates moving on to higher education have increased.

“We are giving students pathways to careers, college and life,” noted Reeves.

Reeves reiterated that providing those paths is a team effort.

“This is a district award,” said Reeves. “It reaffirms that our teachers and staff members are doing a tremendous job.” 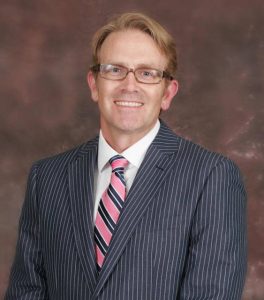