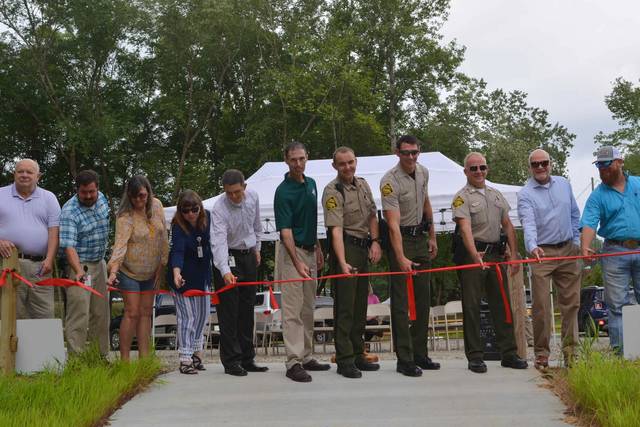 Surry Parks and Recreation has increased its number of river access points in the county with the recent addition of one in the Dobson area.

With the launching of the Fisher River Park River Access — for which a ribbon-cutting program was held earlier this month — six such locations are now being maintained by the county recreation division. These sites are making it more convenient for citizens to take advantage of recreational opportunities along four different waterways.

“It’s for fishing and canoeing/kayaking,” Chrystal Whitt of Surry County Parks and Recreation said Thursday regarding the main activities targeted.

The newest access point just outside Fisher River Park just beyond the Dobson town limits will greatly aid the usage of that river, according to Daniel White, county recreation director.

“This access will add a much-needed parking area close to the river for fishing and launching boats at the park,” White explained. “This will be our northernmost access on the Fisher River.”

The recent ribbon cutting held for the site at 162 Clearwater Lane, Dobson (close to the recycling center across Prison Camp Road from the park), was attended by county officials, representatives of the N.C. Wildlife Resources Commission and others.

They were invited to stick around for the throwing of the first disc on a new disc golf training area at Fisher River Park, which is mirroring the growth of that sport. Tours of the county park, via a hayride, also were offered for anyone interested, which enabled participants to view a stream-restoration project there.

In addition to the latest river access point at Fisher River Park, others operated by Surry County Parks and Recreation include:

• The Burch Station River Access at 116 Greenwood Circle, Elkin, for the Mitchell and Yadkin rivers.

• The Mountain Park River Access in the State Road community, for the Mitchell River, which Whitt said Surry County Parks and Recreation didn’t build, but maintains. It is located at 803 Zephyr Mountain Park Road.

• The Bray Ford River Access, at 2308 Rockford Road, Dobson, for the Fisher River.

Car-top boating caters to watercraft that can easily be transported on the roof of a passenger vehicle.

The new Fisher River access point is the only one of the six listed with a boat launch ramp, with the others including either steps or natural surfaces as the types of boat launches available. 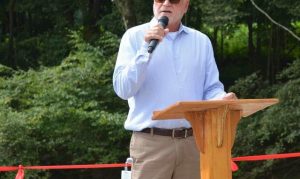