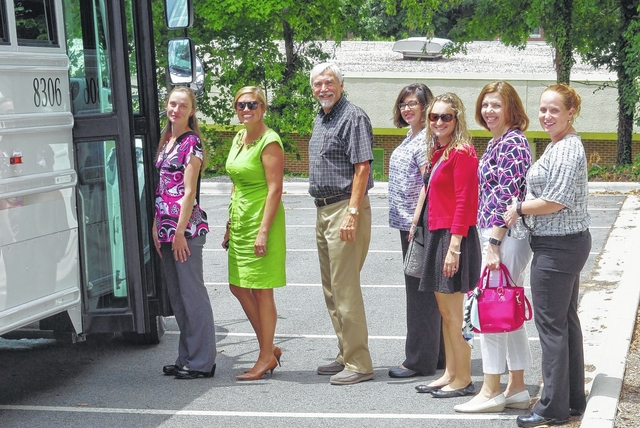 Schools were erected to help prepare children for adult life, but in today’s changing job landscape, are kids being prepared?

Surry County Schools teamed up with the Surry County Economic Development Partnership this week to help teachers and administrators be better able to answer “yes” to that question.

The EDP and a guest employer spoke for 40 minutes at Surry Community College before leading a tour of local businesses.

This is summer vacation, noted Dr. Reeves. Instead of hanging out by the pool or lounging on a beach, these educators were willing to give up some free time to learn more about what kids need to know by the time they graduate. 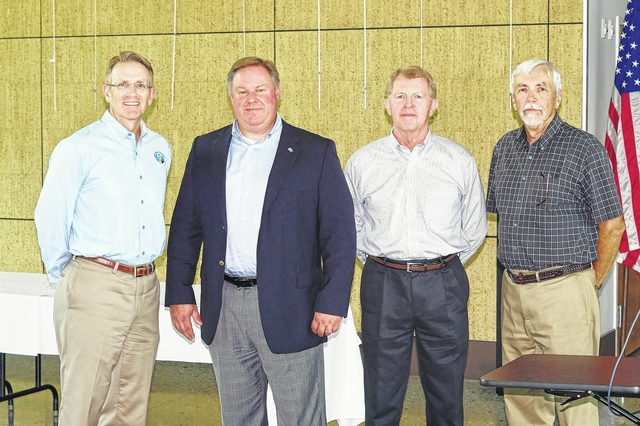 Todd Tucker, president of the Economic Development Partnership, talks to local teachers about the workforce needs of today’s companies.

Some people have criticized teachers for spending so much time in the classroom that they don’t know what it’s like in the “real world.” Educators counter that they have to follow guidelines set down by politicians in Washington who aren’t teachers, yet pass acts like No Child Left Behind and Every Student Succeeds.

On Tuesday, Tucker told teachers that their emphasis on problem-solving and creative thinking is exactly the kind of thing that employers want in new hires.

Companies might not be familiar with the term STEM (science, technology, engineering and math), but the STEM projects that students do help to expand their minds and how they find solutions to problems — which is exactly what a boss wants of his or her workers.

In a presentation, Tucker explained some of the challenges the workforce faces today.

One of the big issues is the aging of the Baby Boomers, where the biggest age demographic in the country (and many well-qualified workers) is now hitting retirement age.

Another issue is the way technology continues to grow by leaps and bounds, leaving many existing employees behind.

Then there are deficits in the current educational system, compared to some global competitors.

Tucker said that he had a chance to host a Chinese student visiting the U.S. for a week. He learned that this child’s school was open 10 hours a day, six days a week, giving students twice the exposure to education as American youths.

U.S. companies need a good, skilled workforce in order to make money, said Tucker. Making money has somehow become a bad thing in some people’s eyes, but if a company can’t make ends meet, then it perishes.

“Having a qualified workforce attracts firms and more talent,” he said. More rural areas like Surry County are competing with places like Charlotte and the Research Triangle where qualified applicants are more plentiful.

It is crucial that U.S. communities fill the skills gap for technical and analytical workers, he said. That skills gap will only get bigger as technology continues to advance.

The EDP believes that collaboration among all stakeholders is vital for regional/local and national competitiveness.

To hear from someone actively looking to hire new workers, Tucker brought in Alan Connolly, the executive vice president of SouthData.

For those not familiar with the company, Connolly said, SouthData started in the basement of a house in 1985, then moved to the basement of a strip mall, then to a site in an industrial park. Now the company is housed in a former Cross Creek knitting plant on Riverside Drive.

SouthData’s raw material isn’t cotton or lumber, but data, he said. The company gathers, organizes and manages information for others.

The company handles tax listings for 73 of the 100 counties in the state. It has 2,500 clients in homeowners associations. It does billing for many energy co-ops.

SouthData is by far the biggest postal customer in the county with four or five tractor-trailer loads a day going out the door, Connolly said.

The company has 600 employees and is continuing to grow.

The basic skills that Tucker touched on are true, he said.

Every piece of equipment in the company runs off a computer, so computer training is necessary. These aren’t sewing machines or toe seamers, but highly sophisticated pieces of machinery that take qualified personnel.

SouthData is constantly updating and/or adding equipment. “So if change is not your middle name, SouthData is not the place for you,” he said.

The best workers are the ones who buy into the company and want to grow with the business rather than just see it as a job, he said.

Connolly had a hand in starting a new project for middle schoolers, a local First Lego League team. In this league, students use Legos to create robots that can perform tasks.

“FLL is truly the diagram of what we look for,” he said, as it combines knowledge of the STEM subjects with a concrete application that happens to be fun for the participants.

One job skill that often gets forgotten is communication, Connolly said. It is important that coworkers can communicate on projects and problems.

He said he showed up for an event at Gentry Middle School one day and was pleasantly surprised with a group of student ambassadors welcomed him, with each student shaking his hand and making an introduction. That was a great first impression, he said.

After Connolly’s speech, the group boarded a bus and visited Pittsburgh Glass Works in Elkin and Insteel Industries and Renfro Corp. in Mount Airy.