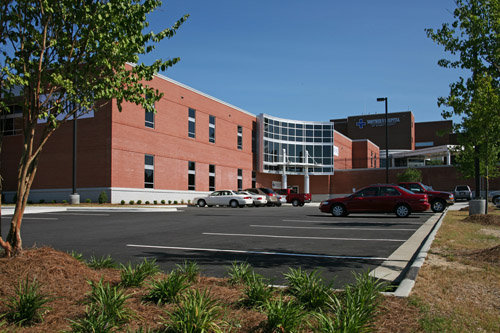 The new facility gives residents in Surry County and nearby areas the ability to attend a closer outpatient cardiac rehab program after a heart attack, a heart-related surgery or heart disease, according to the two medical centers.

“Numerous residents of Mount Airy and surrounding communities are already traveling to Winston-Salem for their cardiac rehab services, and these patients can now be served right here at home,” said Brian Beasley, vice president of clinic operations at Northern Hospital, in a prepared statement.

Northern Hospital received a $250,000 grant from The Duke Endowment, to cover the construction of the department. The cardiac rehabilitation facility is on the third floor of Northern Hospital, which is located at 830 Rockford St.

The new facility, which construction finished on in April, is about 3,000-square-feet and can accommodate up to 15 patients per day, said Connie Paladenech, manager of cardiac and pulmonary rehabilitation at Wake Forest Baptist, in an email.

The four employees working at the new facility are split evenly among Wake Forest Baptist and Northern Hospital workers, she said.

The first patients were admitted to the Cardiac Rehabilitation program earlier this month.